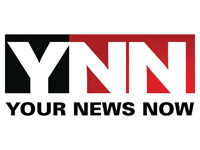 One reader shared a screen shot from Holst's Facebook page, in which he announced the new job.  Before we could find the time to try to get confirmation, the job opening appeared on the cable company's website.

Holst said on Facebook he's headed "back" to Maine, specifically to become the nightside EP for the ABC affiliate.

A job posting on Time Warner Cable's website says candidates for the Executive Producer opening must be ready to produce "any show on any shift," and to handle a number of managerial duties.

We wish Holst all the best in his new position, and we thank the reader (who contacted us anonymously via the Contact Form) for sharing the tip!