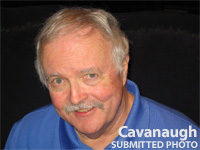 OHIO -- Peter C. Cavanaugh, a former radio executive whose career started in 1957 at Syracuse's WNDR when he was still in high school, has died. Word comes via public social media posts by family members, along with at least one radio station report from Flint, Michigan, where he spent most of his career.

After retiring, "Peter C" chronicled his career -- and on a broader scale, local radio's role in ushering in the rock-n-roll era -- in his 2002 book, Local DJ. As published, the book summarized his Syracuse radio time in just one chapter -- but several years later, he revealed the original draft had 5 chapters on Syracuse -- which he self-published on his blog.

Cavanaugh's efforts to help elevate rock music didn't go unnoticed -- his efforts were among those chronicled in an a special "On the Air" exhibit at the Rock-and-Roll Hall of Fame in Cleveland in 2011.

Cavanaugh's daughters, Susan and Colleen, were among family members who shared the news of his passing on Facebook:

Cavanaugh's passing is also being reported by Flint's Cars 108 (WCRZ). Although Cavanaugh never worked at WCRZ, he was well-known in the market, first as a leading DJ for WTAC, and later as general manager of WWCK-FM. He would eventually become Executive Vice President and Chief Operating Officer for Reams Broadcasting.